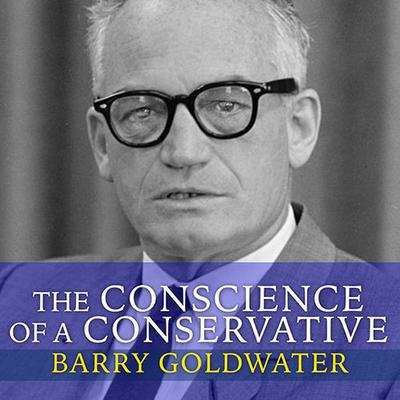 The Conscience of a Conservative

When it was first published, The Conscience of a Conservative reignited the American conservative movement and made Barry Goldwater a political star. It influenced countless conservatives in the United States and helped to lay the foundation for the Reagan Revolution in 1980. Just as vital today as it was then, this book addresses many topics that could be torn from today's headlines. Goldwater discusses education, labor unions and policies, civil rights, agricultural policy and farm subsidies, social welfare programs, and income taxation. This significant book lays out the conservative position both politically and economically that would come to dominate the Conservative Movement in America.

For a man who proudly described himself as 'simple,' Barry Goldwater remains a historical puzzle. —Angus Burgin, The New York Sun

Barry Goldwater (1909–1998) was a five-term United States senator from Arizona whose 1964 campaign for president is credited with reviving American conservatism. His books include With No Apologies and a memoir, Goldwater.