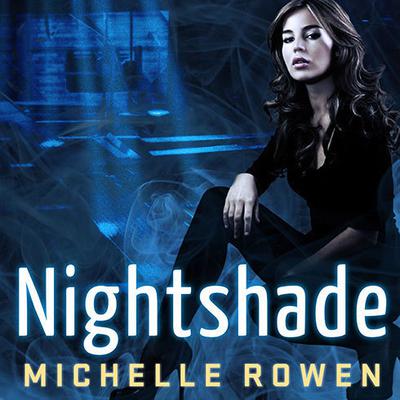 Desire is in the blood... Jillian Conrad never believed in vampires. But she's just become a living, breathing weapon against them. Attacked by a desperate scientist, she is injected with a serum that was supposed to act as a deadly poison to vampires. And when the scientist is gunned down in front of her, his secrets die with him. Declan Reyes is only half-vampire, but he hates them with all his heart. He knows that the poison in Jillian's veins could finally destroy the undead kingdom. Also, the serum has had an unintended effect, making her blood irresistible to all vampires—including Declan, whose bloodthirsty traits are driven into a frenzy by her. Driven by duty to protect her and by instinct to crave her, Declan takes Jillian into his shadowy world of blood and battle. But he soon realizes his increasing need for her may be a different kind of hunger...

Rowen sinks her fangs into the reader and never lets go in this fast-paced series launch that blends sensual romance and urban fantasy with ease. —Booklist

Michelle Rowen writes paranormal romance, urban fantasy, futuristic romantic suspense, and young adult fantasy. Her work includes the Living in Eden trilogy, the Nightshade Series, and the Immortality Bites series. She has been on the Waldenbooks/Borders Group romance bestseller list and was the winner of the 2007 Holt Medallion for best first book and the 2009 Romantic Times Reviewers’ Choice Award for best vampire romance. Michelle lives in Southern Ontario.