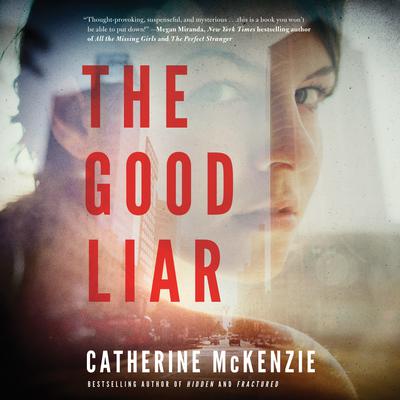 Can you hide a secret with the whole world watching?

When an explosion rips apart a Chicago building, the lives of three women are forever altered.

A year later, Cecily is in mourning. She was supposed to be in the building that day. Instead, she stood on the street and witnessed it going down, with her husband and best friend inside. Kate, now living thousands of miles away, fled the disaster and is hoping that her past won’t catch up with her. And Franny, a young woman in search of her birth mother, watched the horror unfold on the morning news, knowing that the woman she was so desperate to reconnect with was in the building.

Now, despite the marks left by the tragedy, they all seem safe. But as its anniversary dominates the media, the memories of that terrifying morning become dangerous triggers. All these women are guarding important secrets. Just how far will they go to keep them?

Catherine McKenzie is a bestselling author who has sold over a million books. She practiced law in Montreal for twenty years before retiring to write full time. Her novel You Can’t Catch Me has been optioned for a television series by Paramount TV. Visit her at CatherineMcKenzie.com or follow her on Twitter @CEMcKenzie1 or Instagram @CatherineMcKenzieAuth