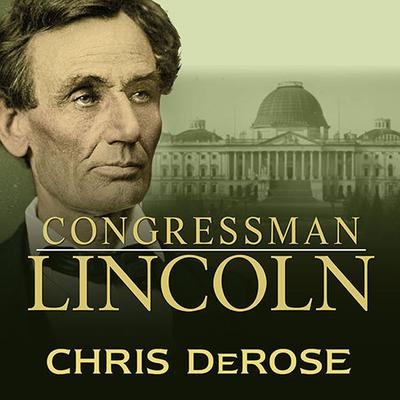 This is the story of an Abraham Lincoln many Americans aren't at all familiar with: Lincoln as a reluctant husband in an abusive relationship; Lincoln who came within moments of fighting a duel with a political adversary; the first and only president to patent an invention; and the first future president to argue before the Supreme Court. Though remembered as a Republican and even more as a figure that transcended partisan politics, Congressman Lincoln reveals Abraham Lincoln to be a master political strategist and a member of the Whig Party, the party to which he belonged for the majority of his career. Before he appealed to America's purest instincts, he argued, "The Whigs have fought long enough for principle and ought to begin to fight for success." Before "malice toward none," Lincoln bragged of his opponent, "I've got the preacher by the balls." Lincoln the policymaker is remembered for his conduct of the Civil War and his handling of slavery. But even during his presidency, Lincoln was concerned with a broad array of issues. As a party leader, candidate for Congress, and member of the House, Lincoln worked on stimulus spending, international trade, banking, and even the post office. And it would be in the Thirtieth Congress that Lincoln would first move to halt the expansion of slavery, carefully crafting a bill for gradual emancipation in the District of Columbia. This is the story of America at a critical time: The tale of a Congress that ended a conflict, unsure of what had been gained aside from a seat strapped to a powder keg; of a party aiming to win the presidency at all costs, paving the path for its own extinction; and of a country charting an irreversible course toward Civil War. Moreover, it is the story of the man who led the United States during its darkest hours and his role at the center of this gathering storm. This is the story of Congressman Abraham Lincoln.

Norman Dietz narrates DeRose's history with the voice of a strong lecturer, never acting but conveying information in a way that keeps listeners' attention. —AudioFile