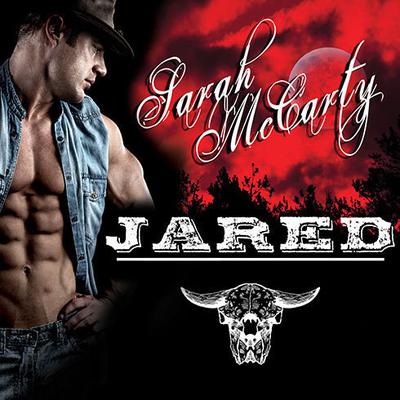 Her source of power is her greatest weakness. Tough, ruthless, and loyal, Jared Johnson has always been a force to be reckoned with: first as an outlaw and now as a vampire. Caught in a war between immortals, he doesn't have time to waste. But when a female vampire is attacked, he can't just walk away. He expects a quick good-bye, but what he gets is a vulnerable woman who intrigues and seduces while giving away nothing of the secrets holding her hostage. Raisa may not have physical strength, but she's smart and she's survived as a vampire longer than most. She's done it by keeping to herself, but that's about to change. Forced to accept Jared's protection, Raisa finds it increasingly difficult to resist his forbidden allure while keeping the secret that could destroy them both.

Sarah McCarty writes what she loves to read—fast-paced stories with vivid dialogue, intense emotion, and well-developed characters. Her attention to detail in her stories has earned her multiple awards and reserved her novels a spot on keeper shelves everywhere. Her many books include the Hell’s Eight series, the Promises series, the Unchained series, the single-author anthologies Running Wild and Wild Instinct, and several novellas.