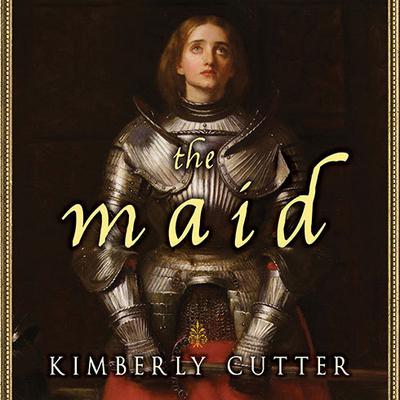 The Maid: A Novel of Joan of Arc

It is the fifteenth century, and the tumultuous Hundred Years' War rages on. France is under siege, English soldiers tear through the countryside destroying all who cross their path, and Charles VII, the uncrowned king, has neither the strength nor the will to rally his army. And in the quiet of her parents' garden in Domrémy, a peasant girl sees a spangle of light and hears a powerful voice speak her name. Jehanne. The story of Jehanne d'Arc, the visionary and saint who believed she had been chosen by God, who led an army and saved her country, has captivated our imagination for centuries. But the story of Jehanne—the girl—whose sister was murdered by the English, who sought an escape from a violent father and a forced marriage, who taught herself to ride and fight, and who somehow found the courage and tenacity to persuade first one, then two, then thousands to follow her, is at once thrilling, unexpected, and heartbreaking. Rich with unspoken love and battlefield valor, The Maid is a novel about the power and uncertainty of faith, and the exhilarating and devastating consequences of fame.

“Cutter, formerly the West Coast editor at W magazine, has done an impressive amount of research on the facts of Joan’s life…Throughout, Cutter evokes the novel’s medieval world with striking details.” —New York Times Book Review
The exhilaration of her many triumphs on the battlefield, the bloody combat, the deadly jealousies and political machinations that begin her undoing, and her tragic end are portrayed with vivid imagination and brio. In this stunning debut, Cutter pays vibrant homage to this legendary woman. —Publishers Weekly Starred Review
“Sheds new light on a legend from the past and ultimately succeeds in illuminating the present.” —Washington Post

Kimberly Cutter received her MFA from the University of Virginia. She was the West Coast editor for W magazine for four years. She has written for Harper’s Bazaar, W, Vanity Fair, New York Magazine, and Marie Claire, where she is currently a contributing editor. She lives in Brooklyn.