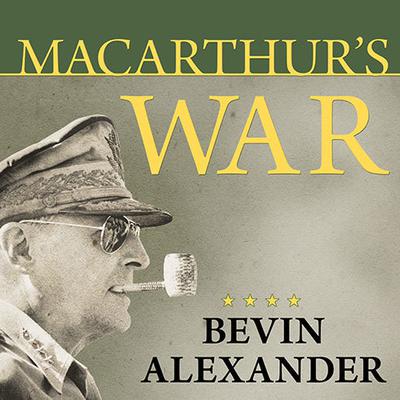 Douglas MacArthur famously said there is no substitute for victory . . . As a United States general, he had an unparalleled genius for military strategy, and it was under his leadership that Japan was rebuilt into a democratic ally after World War II. But MacArthur carried out his zero-sum philosophy both on and off the battlefield. During the Korean War, in defiance of President Harry S. Truman and the Joint Chiefs of Staff, he pushed for an aggressive confrontation with Communist China—a position intended to provoke a wider war, regardless of the cost or consequences. MacArthur's ambition to stamp out Communism across the globe was in direct opposition to President Truman, who was much more concerned with containing the Soviet Union than confronting Red China. The infamous clash between the two leaders was not only an epic turning point in history, but the ultimate struggle between civil and military power in the United States. While other U.S. generals have challenged presidential authority—from Zachary Taylor in the Mexican War and George B. McClellan in the Civil War to General Stanley A. McChrystal in Afghanistan—no other military leader has ever so brazenly attempted to dictate national policy. In MacArthur's War, Bevin Alexander details MacArthur's military and political battles, from the alliances he made with Republican leaders to the threatening ultimatum he delivered to China against orders—the action that directly led to his dismissal on April 11, 1951.

Bevin Alexander's Macarthur's War is a superbly written, blow-by-blow account of the most controversial civil-military clash in American history. —Colonel Jerry D. Morelock, Ph.D., U.S. Army (ret.)
“This is not a performance but a highly skilled reading—an exceptionally good one.” —AudioFile
“Alexander’s hard-hitting narrative captures in vivid detail the elements of that contest, as well as the chain of significant events that produced it…MacArthur’s War is a valuable account of a chapter in the Cold War that we must never forget.” —Harry J. Middleton, author of LBJ: The White House Years
“A stirring and insightful account of General Douglas MacArthur’s controversial role in the Korean War that culminated…in one of the most dramatic incidents in American military history.” —Carlo D’Este, author of Patton: A Genius for War

Bevin Alexander is the author of seven books of military history, including How Hitler Could Have Won World War II and Lost Victories, which was named by the Civil War Book Review as one of the seventeen books that have most transformed Civil War scholarship. He was an advisor to the Rand Corporation for a study on future warfare and was a participant in a war-game simulation run by the Training and Doctrine Command of the US Army. His battle studies of the Korean War, written during his decorated service as a combat historian, are stored in the National Archives in Washington, DC. He lives in Bremo Bluff, Virginia.