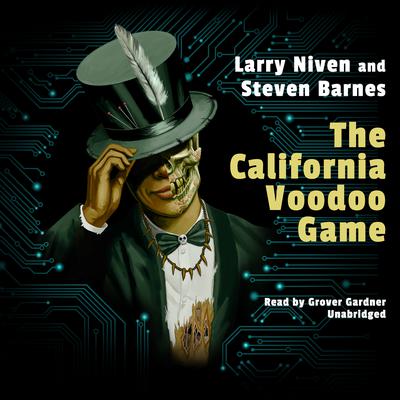 By Larry Niven  and Steven Barnes
Read by Grover Gardner

Dream Park, the ultimate in amusement parks, was about to embark on the greatest game ever: the California Voodoo Game. Across the world bets were being placed; fortunes and reputations hung in the balance. Gaming careers would be made—or destroyed. And the most advanced software package ever invented was going to be tested.

But one of the players was a murderer—and worse. Only Alex Griffin, head of Dream Park Security, and Game Master Tony McWhirter guessed the extent of the treachery tainting the Game. Somehow, they had to catch the killer—but above all, the Game must go on …

Steven Barnes is a prolific author and scriptwriter who has been nominated for the Hugo, Nebula, Cable ACE, and Endeavour awards. His work for television includes episodes of The Twilight Zone, The Outer Limits, Stargate SG-1, and Andromeda. A lifelong student of human-performance technologies, he holds black belts in judo and karate, has an instructor certificate in Circular Strength Training, and is a trained hypnotherapist.