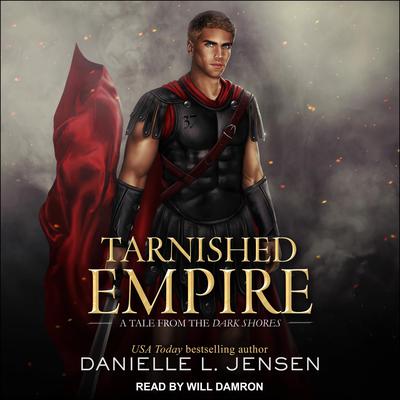 By Danielle L. Jensen
Read by Will Damron

DEFIANCE IS TREASON. TREASON IS DEATH.

A siege is laid against the last resistance to the Senate's rule. As the battle rages, a commander, a soldier, and a rebel will decide how far they are willing to go for victory.

The commander: Marcus is forced to choose between destroying the rebel forces and liberating his legion. He must face the true cost of being a leader. And an oppressor.

The soldier: Agrippa sets his sights on glory to fill the deepening void within him. He discovers that the price of fame might not just be paid in blood, it might be paid by his heart.

The rebel: Silvara joins the rebel forces to fight against the legions who would see her family dead. While she dreams of being a warrior, she finds her sharpest weapon is seduction. But to defeat the Empire, she'll have to betray the young man who now has her heart.

Inspired by the harsh world of ancient Rome, listeners will be obsessed with this martial tale of fiery romance, friendship, and enmity. Told from three points of view, Tarnished Empire is filled with twists you'll never see coming but will keep you listening all night.

Danielle L. Jensen was born and raised in Calgary, Canada. She graduated from the University of Calgary with a bachelor’s degree in finance, then went back to school to complete an English literature degree at Mount Royal University. She is the USA Today bestselling author of The Malediction Trilogy.