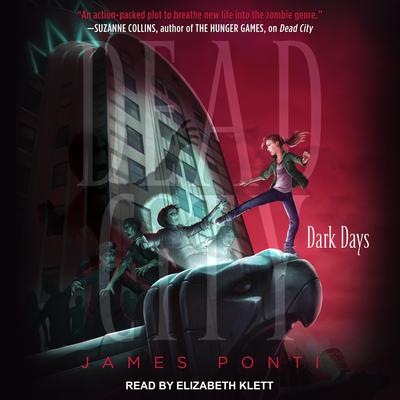 Molly's up against the undead—and the fate of Manhattan is in her hands—in the third and final book of the Dead City trilogy, which Hunger Games author Suzanne Collins says "breathes new life into the zombie genre."

Molly and the Omegas fight to contain the storm unleashed by Operation Blue Moon. As they do, Molly's personal life is thrown into turmoil when she discovers that one of her closest friends has joined the ranks of the undead, a development that threatens the Omegas as well as Molly's relationship with her mother.

As Molly and her friends battle the Dead Squad (a special NYPD task force made up entirely of zombies), they discover that the world's largest gold reserve is kept in a vault eighty feet below the Federal Reserve Bank of New York. They find a photograph of the vault's construction in the 1920s and realize that the construction crew was led by none other than the leader of the undead, Marek Blackwell. Could this explain the source of all his money? And if so, what is he planning to do with it? Is he rebuilding Dead City . . . or is he building an undead army?