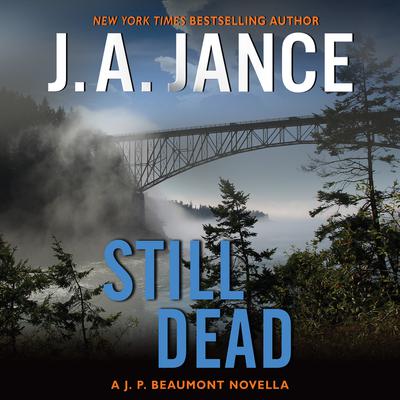 By J. A. Jance
Read by Alan Sklar

Since the disbanding of the Special Homicide Investigation Team, J. P. Beaumont’s biggest concern is pondering whether he and his wife Mel should finally get a dog. But one voicemail from his old friend Ralph Ames is about to change that. Through Ralph, Beau has become involved in an organization called The Last Chance, which enlists a number of retired homicide investigators to tackle long unsolved cold cases. The one that has just landed on Beau’s plate is a thirty-year-old missing persons case.

The facts are muddy at best; Janice Marie Harrison’s car was found abandoned near a bridge, and scratched in the dirt nearby was the word “sorry”. It’s possible her death was a suicide, but her body was never found. And as Beau begins to investigate, he discovers that no one connected to Janice—not her once all-star football player widower, Anders; not her long-grieving, sister, Estelle; not sheriff Gavin Loper, who was deputy sheriff at the time of Janice’s disappearance; and not Anders’ second wife Betsy—is exactly what they seem. The question is, which of them knows the truth?

And why have they kept it buried?