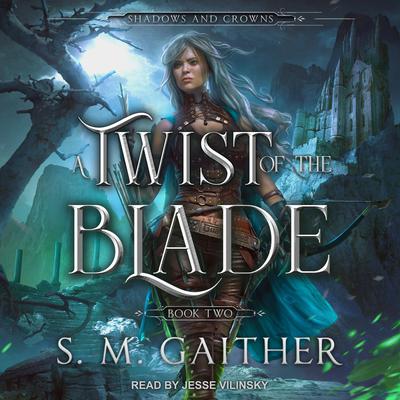 A Twist of the Blade

Who is Casia Greythorne?

Still reeling from an unimaginable loss and the revelation of an identity she isn't sure she wants to embrace, Casia has one plan: Try to control the strange magic awakening inside of her. Mastering that magic will take her and her friends on a quest through cursed lands, into the dwellings of old gods, and deep into a southern empire filled with deadly foes and unlikely allies.

Meanwhile, the foundations of the Kethran Empire continue to crumble. The king-emperor clings to his crown with increasingly bloodied hands. Monsters and soldiers alike stalk Casia's every step, determined not to let her return to claim a throne that is rightfully hers. Still, the greatest threat to her possible rule may not lie in the king-emperor, but in a former captain of his army—a man that she came dangerously close to falling in love with.

Elander Revenmar thought he knew who he was. He had a mission, a plan, a god he was content to serve. Then came Casia. A woman as mysterious as she is dangerous. One he should have stayed away from, and whose life he never should have saved.

Because salvation always comes with a cost.

And some debts can only be paid for in blood.