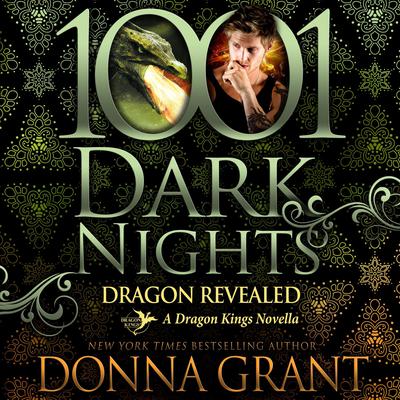 The capture of a Dragon King is cause for celebration. Jeyra never dreamed she would actually face one of the creatures who destroyed her home. But the longer she’s around him, the more she finds herself gravitating to him. All it takes is one reckless kiss that unleashes desires and the truth that has been hidden from her to set them both on a course that could be the end of them.

Varek, King of Lichens, has known nothing but a life with magic. Until he finds himself on a different realm unable to call up his powers. Worse, he’s in shackles with no memory of how it happened. When he sees an enthralling woman who leaves him speechless, he believes he can charm her to free him. The more she rebuffs him, the more he craves her, igniting a dangerous passion between them. Can he protect the woman he’s fallen for while uncovering the truth – or will peril that neither see coming tear them apart?

**Every 1001 Dark Nights novella is a standalone story. For new readers, it’s an introduction to an author’s world. And for fans, it’s a bonus book in the author’s series. We hope you'll enjoy each one as much as we do.**