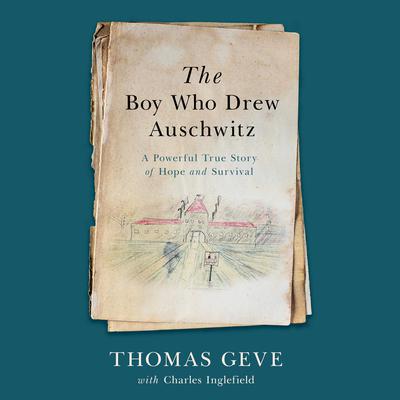 The Boy Who Drew Auschwitz: A Powerful True Story of Hope and Survival

By Thomas Geve , with  Charles Inglefield
Read by Mark Meadows

An inspiring true story of barbarity, hope, and survival, this Holocaust memoir of a teenage boy imprisoned in Birkenau, Auschwitz, Gross Rosen, and Buchenwald illuminates the dark days of World War II.

During the Second World War, Thomas Geve, along with his mother, was deported and imprisoned in a series of Nazi death camps. For the next 22 months, the adolescent boy suffered horrific brutality at the hands of Hitler’s SS, and witnessed mass murder as his fellow inmates were crowded into the camps’ gas chambers. Surrounded by death, he somehow found the will to live.

Miraculously, Thomas endured. At eighteen, he was freed. During the nearly two years of his captivity, the teenager made a visual record of life in the death camps in drawings that captured both the shocking—scenes of infamous danger and darkness, including victims lined up to enter the gas chambers—as well as the mundane, portraits of his fellow prisoners going about their daily assigned routines.

Decades after they were created, Thomas’s drawings are carefully preserved at the World Holocaust Remembrance Centre at Yad Vashem in Israel. Like other survivors, Thomas was compelled to share the truth to honor the millions, including his friends, whose voices were silenced during the Holocaust. The Boy Who Drew Auschwitz is the unique living testimony of a young man whose innocence was stolen, yet who refused to succumb to despair. It is an inspiring true story of one person’s quest for survival, hope, and change.

Thomas Geve is the pseudonym of a Jewish engineer, author, and Holocaust survivor of German descent. He was born in Stettin in 1929 and lived as child in Beuthen, before moving to Berlin with his mother in 1939. He was deported to Auschwitz in June 1943 with his mother, where he remained until the camp’s evacuation in January 1945. Surviving the death march to Gross-Rosen concentration camp and then to Buchenwald concentration camp, he was imprisoned until the inmates liberated themselves in April 1945. After the war, Thomas went to a camp in Switzerland for orphaned Shoah survivors, and was eventually reunited with his father in England. In 1950, he emigrated to Israel and settled in Haifa.