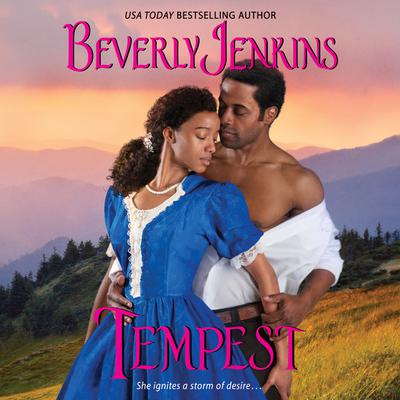 From USA Today Bestselling Author Beverly Jenkins comes a new novel in a mesmerizing series set in the Old West, where an arranged marriage becomes a grand passion . . .

What kind of mail-order bride greets her intended with a bullet instead of a kiss? One like Regan Carmichael—an independent spirit equally at home in denims and dresses. Shooting Dr. Colton Lee in the shoulder is an honest error, but soon Regan wonders if her entire plan to marry a man she’s never met is a mistake. Colton, who buried his heart along with his first wife, insists he only wants someone to care for his daughter. Yet Regan is drawn to the unmistakable desire in his gaze.

Regan’s far from the docile bride Colton was expecting. Still, few women would brave the wilds of Wyoming Territory for an uncertain future with a widower and his child. The thought of having a bold, forthright woman like Regan in his life—and in his arms—begins to inspire a new dream. And despite his family’s disapproval and an unseen enemy, he’ll risk all to make this match a real union of body and soul.

“The story will evoke laughter, tears, and shivers of fear…The amusing dialogue, lively characters, and vivid descriptions of the Old West make this even-paced romance a winner.” —Publishers Weekly (starred review)
“Jenkins makes her hero and heroine vivid, nuanced creations…Another smart, entertaining historical romance from Jenkins.” —Kirkus Reviews (starred review)
“Another trademark of Jenkins’ romances is the depth of her supporting characters and the ability to find humor, even amid the harsh realities of the time. With a sizzling romance and bouts of action, Jenkins shows her skill yet again.” —RT Book Reviews (4½ stars, Top Pick!)