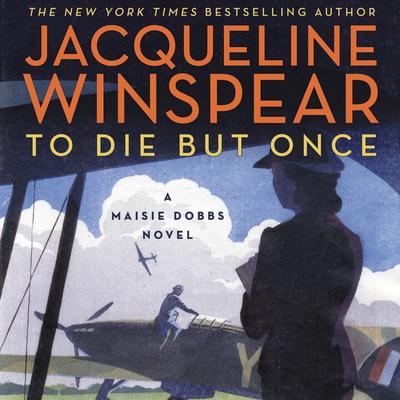 To Die but Once: A Maisie Dobbs Novel

Spring 1940. With Britons facing what has become known as "the Bore War"—nothing much seems to have happened yet—Maisie Dobbs is asked to investigate the disappearance of a local lad, a young apprentice craftsman working on a "hush-hush" government contract. As Maisie’s inquiry reveals a possible link to the London underworld, another mother is worried about a missing son—but this time the boy in question is one beloved by Maisie.

As USA Today’s Robert Bianco says, "with clarity and economy, Winspear lays the historical groundwork. . . . The setting matters, but what may matter more is the lovely, sometimes poetic way Winspear pushes her heroine forward. . . . May she shine on the literary scene for many books to come."

“Once again, narrator Orlagh Cassidy steps into the formidable shoes of Maisie Dobbs…Cassidy’s accent, tone, and pace are well tuned to Maisie’s strong and empathetic character. Cassidy draws on her full palate of British accents to differentiate a large cast of secondary characters, male and female, old and young.” —AudioFile
“History comes alive when a character you think of as a friend is in the thick of the action. That’s how Jacqueline Winspear keeps her Maisie Dobbs mysteries so fresh…Maisie’s investigation takes on heft from its underlying theme of war profiteering.” —New York Times
“A somber mood sets the tone for the fourteenth Maisie Dobbs mystery as World War II has begun…[and] the drama of the British troops trapped at Dunkirk is made personal…Another rich reading experience for Maisie’s many fans, but this title could be seen as entry point for new fans as well. Highly recommended for readers who enjoy a thoughtful mystery.” —Library Journal (starred review)
“In addition to providing a very good mystery, Winspear does a smashing job describing the bravery exhibited by everyday Britons as the fear of invasion becomes ever more real.” —Kirkus Reviews
“Maisie…is a wonderful creation, representative of her era while being at the same time a thoroughly modern woman. The mystery in this book is cleverly designed, too, allowing the author to explore the environment in England in the early, quiet days of WWII—the so-called phony war, before the Blitz—and to explore England’s 1940s-era criminal underground. A first-rate historical mystery.” —Booklist