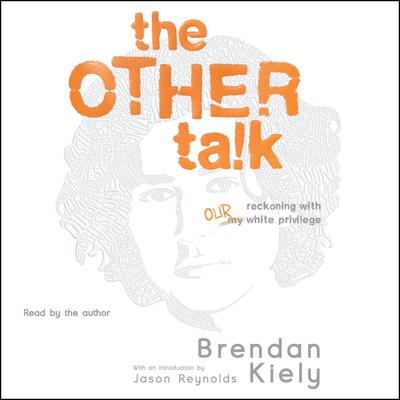 The Other Talk: Reckoning with Our White Privilege

All too many kids of color get “the talk.” The talk about where to keep their hands, how to wear their clothes, how to speak, how to act around police—an honest talk, a talk about survival in a racist world. The get “the talk” because they must.

But white kids don’t get this talk. Instead, they’re barely spoken to about race at all—and that needs to change.

The Other Talk begins this much-needed conversation for white kids. In an accessible, anecdotal, and honest account from his own life, Brendan Kiely introduces young readers to white privilege, unconscious bias, and allyship—because racism isn’t just an issue for people of color, it’s an issue white people have to deal with, too, and it’s time we all start doing our part.

Brendan Kiely received his MFA from the City College of New York. His debut novel, The Gospel of Winter, has been published in eight languages, was selected as one of the American Library Association’s Top Ten Best Fiction for Young Adults 2015, and was a Kirkus Reviews selection for the Best of 2014. Originally from the Boston area, he now lives with his wife in Greenwich Village.