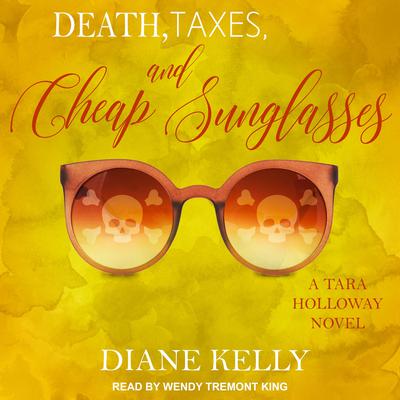 SHE LOVES HER WORK—CASE CLOSED.

IRS Special Agent Tara Holloway can calculate tax penalties to the penny. But seeing the world of white-collar crime through rose-colored glasses? Priceless.

Tara's career comes with a lot of pros and cons—which is a nice way of saying that she's kick-a$$ in her fight against professional con-artists. And she's tough enough to deal with all the money-launderers, tax-evaders, and other such criminals who cross her path . . . Until her own boyfriend, Nick, joins their leagues. Now all bets are off.

Nick is about to go deep undercover—and the stakes are higher than Tara could have ever imagined. It's all part of a joint task force with the DEA to bring down a powerful, violent drug cartel. It's going to take more than a pair of dime store shades for Tara to bring their dark deeds to light. Can she help Nick without blowing his cover . . . and ending up in harm's way herself?