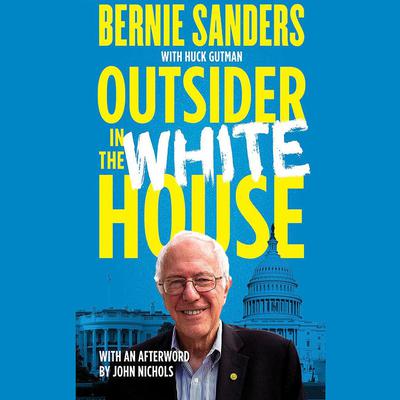 By Bernie Sanders
Read by Brian Sutherland  and Joe Barrett

Bernie Sanders' campaign for the presidency of the United States has galvanized supporters all over the country, drawing attention to issues of economic, racial, and social justice and spotlighting one of the most interesting and unconventional candidates in decades.

In this fascinating memoir, specially updated for audio, Sanders tells the story of a passionate and principled political life as well as his blueprint for the nation that works for everyone. He describes cutting his teeth in the Civil Rights Movement, building a grassroots political movement, and becoming the first independent elected to the US Congress in 40 years. The story continues into the US Senate and through the dramatic launch of his presidential campaign.

In a special afterword, Nation editor John Nichols describes how Bernie's campaign has permanently changed the American discussion of the presidency.