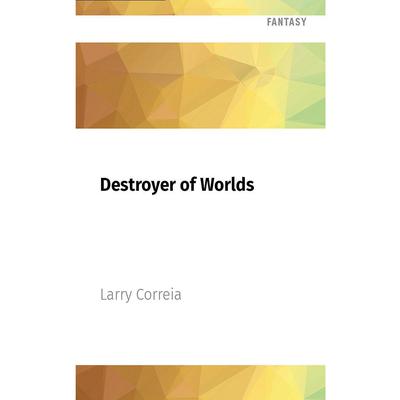 The Saga of the Forgotten Warrior Series: Book 3

If it's war you want...find here the best of military epic fantasy as the best-selling Saga of the Forgotten Warrior series continues.

The Great Extermination has begun.

In the Capitol, Grand Inquisitor Omand Vokkan hatches a plot to kill every member of the untouchable caste in all of Lok, down to the last man, woman, and child. As a member of the Order of Inquisition, Vokkan has no official say in the creation of Law, but he has powerful allies willing to do his bidding. Through them, he has convinced the Judges that the genocide will be swift, complete, and without complication. Nothing is farther from the truth.

Lord Protector Devedas has sworn to uphold the Law. Once, he and the traitor Ashok Vadal had been like brothers. Now, he hunts Vadal and the Sons of the Black Sword, heretics and rebels who seek to live outside the rule of the Law. All Devedas must do is find and kill his best friend and order will be restored to Lok.

The rebels seek the secret kingdom spoken of by the Prophet Thera, a paradise where water is pure and food plentiful, where there are no castes, where the people rule themselves and are not slaves to the Capitol. Ashok Vadal is not sure he believes in such a Paradise, but he - along with his allies - does seek refuge in the rebellion's hideout in Akershan. But Vadal, a former High Protector who has turned his back on the corrupt Law, will not merely wait meekly, hoping that fleeing to Akershan will spare the rebellion from the clutches of the Great Extermination. No, if it's a war the Capitol wants, Vadal, who has faced down gods and demons, will be all too willing to give it to them.