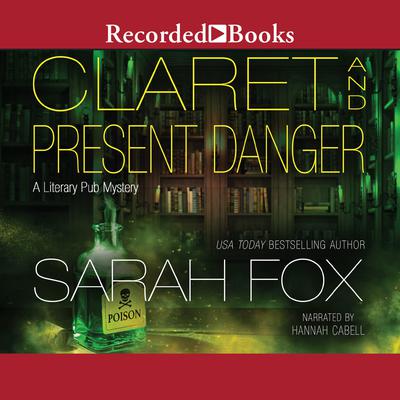 The Trueheart Renaissance Faire and Circus has rolled into town, attracting locals who can’t wait to spend a few summer days lost in a whimsical world of all-knowing fortunetellers and daring acrobats. Well-read pub owner Sadie Coleman is swept up in the magic herself when she serves drinks to the faire’s resident wizard, the shamelessly brazen illusionist Ozzie Stone, and scores two tickets to his dazzling performance.

Sadie has no complaints about indulging in a free show with her new beau, craft brewery owner Grayson Blake. But while Ozzie is an instant crowd-pleaser, the real surprise comes when he collapses in the middle of his set. It’s not part of the act—Ozzie is dead, seemingly poisoned by someone who wasn’t clowning around about writing the roguish showman’s final chapter.

The terrifying situation intensifies when the police eye one of Sadie’s employees, last seen caught in a suspicious fist fight at the fairground. With so much at stake, Sadie must strain through a suspect list longer than her cocktail menu to find the real knave of a killer. But when another performer is murdered, it becomes clear that bringing the mixed-up murderer to justice will be about as dangerous as walking the high wire after happy hour . . .

Sarah Fox was born and raised in Vancouver, British Columbia, where she developed a love for mysteries at a young age. When not writing novels or working as a legal writer, she is often reading her way through a stack of books or spending time outdoors with her English springer spaniel. Visit her at authorsarahfox.com.