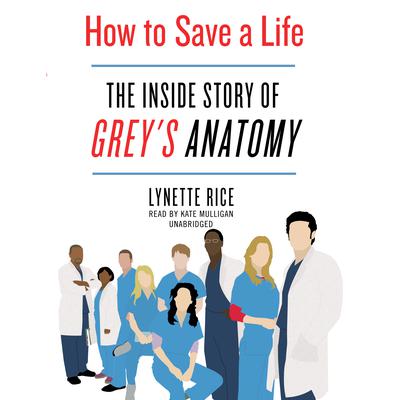 How to Save a Life: The Inside Story of Grey’s Anatomy

The first inside story of one of TV’s most popular and beloved dramas, Grey’s Anatomy

More than fifteen years after its premiere, Grey’s Anatomy remains one of the most beloved dramas on television and ABC’s most important property. It typically wins its time slot and has ranked in the top twenty most-watched shows in primetime for most of its seventeen-season run. It currently averages more than eight million viewers each week.

Beyond that, it’s been a cultural touchstone. It introduced the unique voice and vision of Shonda Rhimes; it made Ellen Pompeo, Sandra Oh, and T. R. Knight household names; and injected words and phrases into the cultural lexicon, such as “McDreamy,” “seriously,” and “you’re my person.” And the behind-the-scenes drama has always been just as juicy as what was happening in front of the camera, from the controversial departure of Isaiah Washington to Katherine Heigl’s fall from grace and Patrick Dempsey’s shocking death episode. The show continued to hemorrhage key players, but the beloved hospital series never skipped a beat.

Lynette Rice’s How to Save a Life takes a totally unauthorized deep dive into the show’s humble start, while offering exclusive intel on the behind-the-scenes culture, the most heartbreaking departures, and the more polarizing plot lines. This exhaustively enthusiastic audiobook is one that no Grey’s Anatomy fan should be without.

“This juicy oral history will be a comforting read for those who’ve been there since the beginning.” —Booklist

Lynette Rice has covered the entertainment industry for twenty-five years. She is an editor-at-large at Entertainment Weekly and was the only journalist to secure an exclusive interview with Patrick Dempsey after his 2015 departure from Grey’s Anatomy. She previously wrote about the television industry for the Hollywood Reporter. How to Save a Life is her first book.