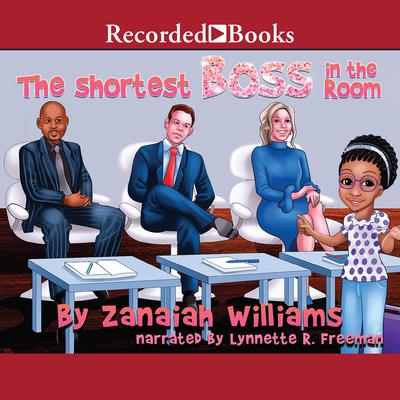 The Shortest Boss in the Room

Who needs fairy dust when the REAL magic sparks from within? There was no denying it. Zaria Carter was born to be a boss! After a spa day treat from dad, Zaria later rejoins her mother, Queen, in binge-watching Shark Tank episodes. Later that night, Zaria becomes a contestant on Shark Tank Junior. Now, all she must do is convince the Sharks of her boss magic! During her pitch for iZight, Zaria is interrupted by her four-legged pup, Zaddy. She wakes up and realizes it was all a dream—or was it? With her vision ingeniously clear, the nine-year-old is determined to build her own empire. When she secretly test-runs a marketing campaign, it goes viral before her product is ready. With her new business at stake, brewing friendship drama, and having to answer to the Queen after breaking an internet rule, will Zaria make the right choices and lead like a boss when it really counts?