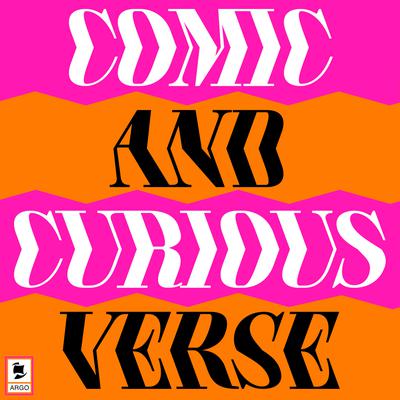 William Collins Books and Decca Records are proud to present Argo Classics, a historic catalogue of classic fiction read by some of the world’s most renowned voices. Originally released as vinyl records, these expertly abridged and remastered stories are now available to download for the first time.

A collection of the funny, curious verse written during the 19th and 20th centuries, read by some of Britain’s most renowned actors. Humorous and whimsical verse are collated together in these timeless readings of poetry from our funniest writers.

This collection includes poems from:

A. E. Housman (1859–1936) was an English poet and classical scholar best known for his cycle of poems A Shropshire Lad.

Thomas Love Peacock (18 October 1785 – 23 January 1866) was an English novelist, poet, and official of the East India Company. He was a close friend of Percy Bysshe Shelley and they influenced each other’s work. Peacock wrote satirical novels, each with the same basic setting: characters at a table discussing and criticizing the philosophical opinions of the day.

George du Maurier (1834–1896), English artist and novelist, studied chemistry, but later turned to art for a livelihood. In spite of the loss of one eye when he was a young man, he became a successful illustrator. His novels include Peter Ibbetson and Trilby.

Oliver Goldsmith (1731–1774), an Irish-born poet, playwright, essayist, and novelist, was noted for his graceful and lively writing style and for being a member of Dr. Samuel Johnson’s literary circle. Among his best known works are The Vicar of Wakefield; The Deserted Village, a pastoral poem; and The Good-Natur’d Man, a play.

John Dryden (1631–1700) was an influential English poet, literary critic, translator and playwright. Dryden dominated the literary life of Restoration England so much that the period came to be known in literary circles as the Age of Dryden.

William Thackeray (18 July 1811 – 24 December 1863) was a British novelist, author and illustrator. He is known for his satirical works, particularly his 1848 novel Vanity Fair, a panoramic portrait of British society, and the 1844 novel The Luck of Barry Lyndon, which was adapted for a 1975 film by Stanley Kubrick.

W. S. Gilbert (1836–1911) was an English dramatist best known as one half of the writing duo Gilbert and Sullivan. He began his career working in burlesques, establishing himself as a tasteful, intelligent writer. He then moved on to various other genres, unhappy with his lack of control over the burlesque form. Among his most famous collaborations with Arthur Sullivan are Pirates of Penzance, Trial by Jury, and H. M. S. Pinafore.

Edward Lear (1812-1888) was an English artist, illustrator, author, and poet, known mainly for his nonsense literature and for popularizing the limerick. His most famous work is “The Owl and the Pussycat,” written for the children of his patron, Edward Stanley, the Earl of Derby.

Thomas Hood (1799–1845) was a British humorist and poet. He entered the English literary society as associate editor of London Magazine, and authored many humorous works on contemporary issues. Known as a humorist, his poetry did not at first fare well in the public eye, though he eventually found great success in this capacity. Nine years after his death, a monument was erected in his memory in the cemetery of Kensal Green.

Algernon Charles Swinburne (1837–1909) was an English poet, playwright, novelist, and critic. He wrote several novels, and contributed to the famous Eleventh Edition of the Encyclopædia Britannica. He was nominated for the Nobel Prize in Literature in every year from 1903 to 1907 and again in 1909.

Charles Cros (October 1, 1842 – August 9, 1888) was a French poet and inventor. He was born in Fabrezan, Aude, France. Cros was a well-regarded poet and humorous writer. As an inventor, he was interested in the fields of transmitting graphics by telegraph and making photographs in color, but he is perhaps best known for being the first person to conceive a method for reproducing recorded sound, an invention he named the Paleophone.

Hartley Coleridge (19 September 1796 – 6 January 1849) was an English poet, biographer, essayist, and teacher. He was the eldest son of the poet Samuel Taylor Coleridge.

Samuel Cobb (1675–1713) was an English poet, critic and school master who was known for a light hearted, ironic pose in his verse and a witty, good natured personal life.

William Topaz McGonagall (March 1825[2] – 29 September 1902) was a Scottish poet of Irish descent. He won notoriety as an extremely bad poet who exhibited no recognition of, or concern for, his peers’ opinions of his work.

Arthur Hugh Clough (1 January 1819 – 13 November 1861) was an English poet, an educationalist, and the devoted assistant to Florence Nightingale. He was the brother of suffragist Anne Clough and father of Blanche Athena Clough who both became principals of Newnham College, Cambridge.

Robert Barnabas Brough (10 April 1828 – 26 June 1860) was an English writer. He wrote poetry, novels and plays and was a contributor to many periodicals.

Thomas Gray (26 December 1716 – 30 July 1771) was an English poet, letter-writer, classical scholar, and professor at Pembroke College, Cambridge. He is widely known for his Elegy Written in a Country Churchyard, published in 1751.

Sir Walter Raleigh, (c. 1552 – 29 October 1618) was an English statesman, soldier, spy, writer, poet, explorer and landed gentleman. One of the most notable figures of the Elizabethan era, he played a leading part in English colonization of North America, suppressed rebellion in Ireland, helped defend England during the Spanish Armada and held political positions under Elizabeth I.

George Canning (11 April 1770 – 8 August 1827) was a British Tory statesman who served as Prime Minister of the United Kingdom from April to August 1827. He occupied various senior cabinet positions under numerous prime ministers, finally becoming Prime Minister for the last 118 days of his life.

Charles Stuart Calverley (22 December 1831 – 17 February 1884) was an English poet and wit. He was the literary father of what has been called “the university school of humor".

William Walsh (6 October 1662 – 15 March 1708) of Abberley Hall, Worcestershire was an English poet and critic and a Whig politician who sat in the English and British House of Commons from 1698 to 1708.

George Colman (21 October 1762 – 17 October 1836), known as “the Younger“, was an English dramatist and miscellaneous writer. He was the son of George Colman the Elder.

Lord Byron (1788–1824) was a Anglo-Scottish poet and a leading figure in the romanticism movement. His best known poems include “She Walks in Beauty,” “When We Two Parted,” and “So, We’ll Go No More a Roving,” among many others.