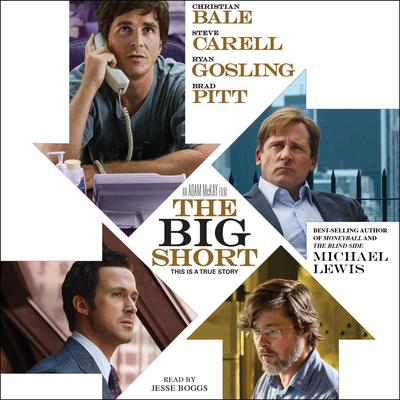 The Big Short: Inside the Doomsday Machine

When the crash of the U.S. stock market became public knowledge in the fall of 2008, it was already old news. The real crash, the silent crash, had taken place over the previous year, in bizarre feeder markets where the sun doesn’t shine, and the SEC doesn’t dare, or bother, to tread: the bond and real estate derivative markets where geeks invent impenetrable securities to profit from the misery of lower and middle-class Americans who can’t pay their debts. The smart people who understood what was or might be happening were paralyzed by hope and fear; in any case, they weren’t talking.

The crucial question is this: Who understood the risk inherent in the assumption of ever-rising real estate prices, a risk compounded daily by the creation of those arcane, artificial securities loosely based on piles of doubtful mortgages?

Michael Lewis turns the inquiry on its head to create a fresh, character-driven narrative brimming with indignation and dark humor, a fitting sequel to his #1 bestselling Liar’s Poker. Who got it right? he asks. Who saw the ever-rising real estate market for the black hole it would become, and eventually made billions of dollars from that perception? And what qualities of character made those few persist when their peers and colleagues dismissed them as Chicken Littles? Out of this handful of unlikely—really unlikely—heroes, Lewis fashions a story as compelling and unusual as any of his earlier bestsellers, proving yet again that he is the finest and funniest chronicler of our times.

Michael Lewis, “is the finest storyteller of our generation.”—Malcolm Gladwell

“No one writes with more narrative panache about money and finance than Mr. Lewis....[he] does a nimble job of using his subjects’ stories to explicate the greed, idiocies and hypocrisies of a system notably lacking in grown-up supervision.”  —New York Times
“Superb: Michael Lewis doing what he does best, illuminating the idiocy, madness and greed of modern finance…Lewis achieves what I previously imagined impossible: He makes subprime sexy all over again.”  —Salon
“[Lewis] returns to his financial roots to excavate the crisis of 2007–2008, employing his trademark technique of casting a microcosmic lens on the personal histories of several Wall Street outsiders who were betting against the grain—to shed light on the macrocosmic tale of greed and fear…Narration duties are assumed by Jesse Boggs… [Boggs] is well suited to the task and trips lightly through a maze of financial jargon.”  —Publishers Weekly
“Lewis is a capable guide into the world of CDOs, subprime mortgages, head-in-the-sand investments, inflated egos--and the big short.”  —Bookmarks

Michael Lewis is the New York Times bestselling author of several books. His global bestselling books lift the lid on the biggest stories of our time. They include Flash Boys, an exposé of high-speed scamming; The Big Short, which was made into a Oscar-winning film; Liar’s Poker, the book that defined the excesses of the 1980s; The Fifth Risk, revealing what happens when democracy unravels, and The Premonition, one of the first books to take account of the coronavirus pandemic. He was educated at Princeton University and the London School of Economics.