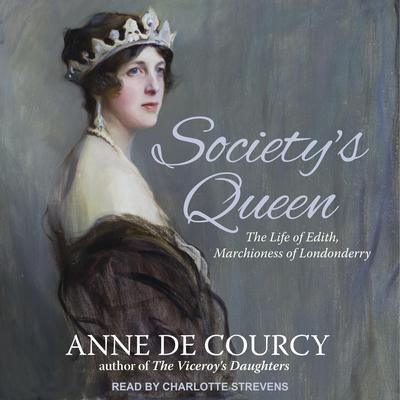 Society's Queen: The Life of Edith, Marchioness of Londonderry

From the author of the critically acclaimed The Viceroy's Daughters, the story of a glittering aristocrat who was also at the heart of political society in the interwar years.

At the age of twenty-one, Edith Chaplin married one of the most eligible bachelors of the day, the eldest son of the sixth Marquess of Londonderry. Her husband served in the Ulster cabinet and was Air Minister in the National Government of 1934–5. Edith founded the Women's Legion during the First World War and was also an early campaigner for women's suffrage. She created the renowned Mount Stewart Gardens in County Down that are now owned by the National Trust.

All her life, Edith remained at the heart of politics both in Westminster and Ireland. She is perhaps best known for her role as "society's queen"—a hostess to the rich and famous. Her close circle of friends included Winston Churchill, Lady Astor, Neville Chamberlain, and Harold Macmillan who congregated in her salon, known as "The Ark." Other members included artists and writers such as John Buchan, Sean O'Casey. Britain's first Labour prime minister, Ramsey MacDonald, became romantically obsessed by her.

Anne de Courcy is the author of many widely acclaimed works of social history and biography, including 1939: The Last Season, Margot at War, The Fishing Fleet, The Viceroy’s Daughters, and Debs at War. Her books Diana Mosley and Snowdon: The Biography became the bases for television documentaries, and The Husband Hunters has been optioned for a feature film.