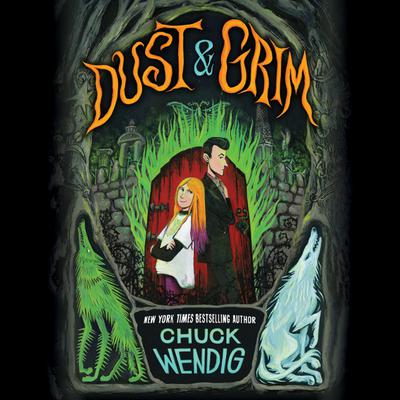 Thirteen-year-old Molly doesn't know how she got the short end of the stick—being raised by her neglectful father—while Dustin, the older brother she's never met, got their mother and the keys to the family estate. But now the siblings are both orphaned, she's come home for her inheritance, and if Dustin won't welcome her into the family business, then she'll happily take her half in cash.

There's just one problem: the family business is a mortuary for monsters, and Molly's not sure she's ready to deal with mysterious doors, talking wolves, a rogue devourer of magic, and a secret cemetery. It's going to take all of Dustin's stuffy supernatural knowledge and Molly's most heroic cosplay (plus a little help from non-human friends) for the siblings to figure it out and save the day... if only they can get along for five minutes.

Chuck Wendig is a novelist, a screenwriter, game designer, and all-around freelance penmonkey. He is the author of Blackbirds and Mockingbird, both published by Angry Robot. He has contributed over two million words to the roleplaying game industry, and was the developer of the popular Hunter: The Vigil game line. Along with writing partner Lance Weiler, Wendig is a fellow of the Sundance Film Festival Screenwriter’s Lab. Their short film, Pandemic, was shown at the Sundance Film Festival in 2011. Together they wrote the digital transmedia drama Collapsus, which was nominated for an International Digital Emmy and a Games 4 Change award. He has also written a number of essay collections on the subject of writing.