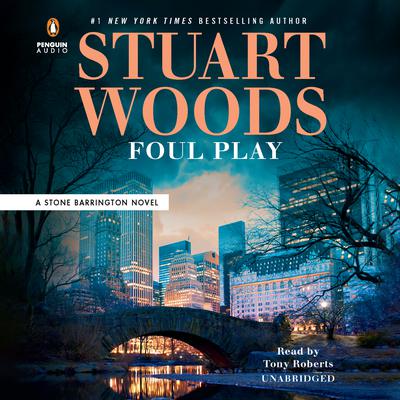 In the latest action-packed thriller from #1 New York Times bestselling author Stuart Woods, Stone Barrington faces down a persistent rival.     Stone Barrington is nearing his New York City abode when he stumbles into trouble. As it turns out, a new client is in danger—and with both business and the safety of the city at stake, he has no choice but to get involved.   When it soon becomes clear that a complicated scheme is being hatched, Stone will need to use his expertise and connections to unravel the clever plot. Though the source remains unknown, it’s just a matter of time before he and Stone must each show their hands. From ritzy Manhattan high-rises to the lush serenity of the Connecticut countryside, the game of cat and mouse can end with only one victor….

“Woods throws in more than one surprising twist and a tantalizing hint of future developments in Stone’s relationship with his paramour, US president Holly Barker. In the end, Stone devises a clever and fitting way to take care of Kronk. This is a good entry point for newcomers to this long-running series.”  —Publishers Weekly