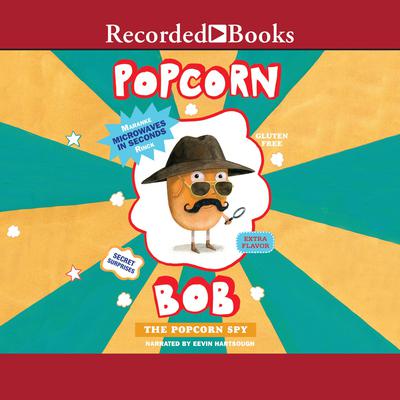 In Popcorn Bob, young Ellis defied a key packaging rule—“never put a kernel in the microwave twice”—by sticking it in for a reheat. There, it sprouted limbs and a face, making a round of laughably absurd expressions on the rotating microwave turntable before donning a cowboy hat and boots, introducing itself as “Popcorn Bob,” and, to Ellis’s surprise and annoyance, demanding increasing amounts of food. Comedic hijinks and unlikely friendship ensued, punctuated by Bob’s habit of exploding when angry. By now, Ellis has grown to love him. Even she has to admit, they make a great team: secretly, they hand out popcorn to Ellis’s classmates (her school is now officially a “Healthy School”—blech ), thereby saving her friends from death-by-vegetables. Plus, Bob is even learning to control his hanger (kind of). But it’s harder than Ellis thinks to keep a sentient popcorn kernel a secret, because soon her friend and next-door neighbor Dante has spotted him. She can trust Dante, though, and it’s good timing, since they’re being tailed by both a bearded American and the owner of Popcorn & Co. It looks like the makers of Bob’s popcorn must want him back… Ellis and Bob are going to need all the help they can get to escape them. Join us as we continue Bob’s journey in the laugh-out-loud chapter book series that Publishers Weekly calls “just right for young fans of the absurd, ” “A bowl of crunchy fun.” - Booklist, and “For readers with a taste for the bizarre.” - Kirkus Reviews