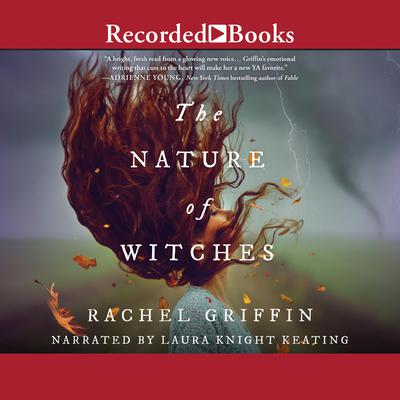 The Nature of Witches

Clara Densmore is an Everwitch.

For centuries, witches have maintained the climate, their power peaking in the season of their birth. But their control is faltering as the atmosphere becomes more erratic. All hope lies with Clara, whose rare magic is tied to every season.

In autumn, Clara wants nothing to do with her power. It’s wild and volatile, and the price of her magic—losing the ones she loves—is too high, despite the need to control the increasingly dangerous weather.

In winter, the world is on the precipice of disaster. Fires burn, storms rage, and Clara finally accepts that she’s the only one who can make a difference.

In spring, she falls for Sang, the witch training her. As her magic grows, so do her feelings for him, until she’s terrified Sang will be the next one she loses.

In summer, Clara must choose between her power and her happiness, her duty and the people she loves … before she loses everything.

From a stunning new voice comes a story about a powerful witch who must decide if using her volatile magic to help the world is worth the price of losing the person she loves the most.

“Griffin has crafted a magnificent debut that will have readers on the edge of their seats. To put it simply―I’m obsessed with this book” —Adalyn Grace, New York Times bestselling author