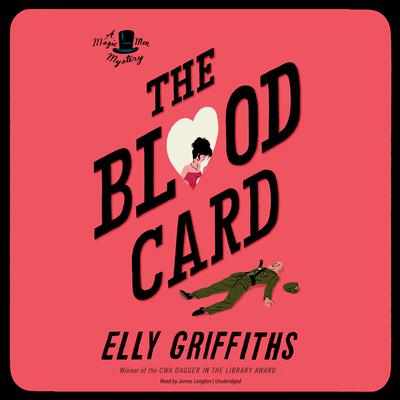 In the third Magic Men mystery, the first partially set in America, a threat of mass violence looms over Elizabeth II’s coronation. Can DI Edgar Stephens and Max Mephisto crack the case and save the crown?

Elizabeth II’s coronation is looming, but DI Edgar Stephens is busy investigating the death of a local fortune-teller. Meanwhile, his old pal, the magician Max Mephisto, is rehearsing for his television debut, a Coronation Day variety show. But upon hearing that their wartime commander, Colonel Cartwright, has been found dead in his flat, the two men join forces to find out what happened.

While Max is stuck in rehearsals, Edgar finds himself heading to New York, hot on the trail of a mesmerist he’s sure has valuable information for them—and his trusty sergeant, Emma, investigates some important leads at home. As the clock ticks down to Coronation Day, the team must scramble to keep Max’s small-screen debut from ending in a dangerously explosive finale.

“Griffiths excels at depicting the post-WWII transition from variety shows to television. A love triangle…adds a human interest angle likely to engage both series fans and new readers.” —Publishers Weekly
“Amusing, atmospheric, and thoroughly engaging, providing an insightful look at vaudeville and the art of legerdemain.” —Booklist
“In the third case for the Magic Men half the fun is the journey through postwar England to the surprising denouement.” —Kirkus Revews
“This third series entry…[features] evocative postwar settings and appealing characters.” —Library Journal

Elly Griffiths, winner of the 2011 Mary Higgins Clark Award and the 2016 CWA Dagger in the Library Award, is the author of three series of mysteries for adults and one series for children.