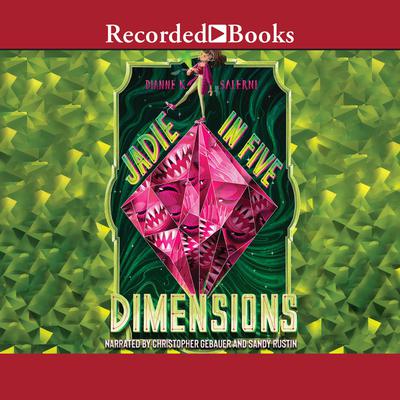 A thirteen-year-old girl seeks answers about her past in the fourth dimension—and beyond—in this think-outside-the-box adventure. What do you do when it turns out your whole life has been a lie? Jadie Martin was always told she was abandoned by her parents. Creatures from the 4th dimension rescued her and placed her with a loving adoptive family. Now, Jadie acts as an agent for the beings, also known as Seers. She uses the 4th dimension as a short-cut to travel anywhere on Earth, performing missions calculated to guide the world toward a brighter future. But then Jadie discovers that her origin story is fake. In reality, her birth family has suffered multiple tragedies and disasters engineered from 4-space, including the devastating loss of their baby girl. Her! Doubting the Seers, Jadie starts anonymously observing her long-lost family. Why are they so important? What are the true intentions of the Seers? And what will all-powerful four-dimensional beings do to a rebellious human girl when they realize she's interfering with their plans? A Wrinkle in Time meets Flatland in this thrilling journey that challenges the meaning of family, loyalty, and our universe at large.