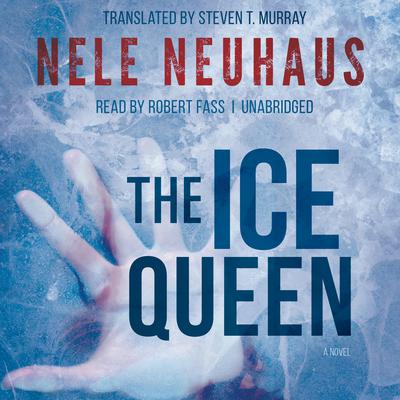 The body of ninety-two-year-old Jossi Goldberg, Holocaust survivor and American citizen, is found shot to death execution style in his house near Frankfurt. A five-digit number is scrawled in blood at the murder scene. The autopsy reveals an old and unsuccessfully covered tattoo on the corpse's arm—a blood type marker once used by Hitler's SS. Pia Kirchhoff and Oliver von Bodenstein are faced with a riddle. Was the old man not Jewish after all? Who was he, really?

Two more, similar murders happen—one a wheelchair-bound old lady in a nursing home, the other a man with a cellar filled with Nazi paraphernalia—and slowly the connection between the victims becomes evident: all of them were lifelong friends with Vera Kaltensee, baroness, well-respected philanthropist, and head of an old, rich family that she rules with an iron fist. Pia and Oliver follow the trail, which leads them all the way back to the end of World War II and the area of Poland that then belonged to East Prussia. No one is who they claim to be, and things only begin to make sense when the two investigators realize what the bloody number stands for—and uncover an old diary and an eyewitness who is finally willing to come forward.

The Ice Queen, prequel to the bestseller Snow White Must Die, is a character- and plot-driven mystery about revenge, power, and secrets long forgotten, secrets from a time in German history that still affects the present.

“The Ice Queen is certainly one of Neuhaus’ more complex works due to the number of players in the game…Students of history who are also fans of intricate mysteries will find much to love here and little to regret.” —BookReporter.com
“Intriguing…Readers need to pay close attention to this solidly plotted and densely populated drama full of red herrings, lest they miss key clues.” —Publishers Weekly
”This emotional page turner, fueled by unexpected plot twists, marks the American debut of Germany’s bestselling suspense writer, whose targets include the bourgeois, the overly solicitous and the rationalizations that lead to tragedy.” —Kirkus Reviews
“Nele Neuhaus has a flair for the ominous and the ornate.” —Washington Post, praise for the author
“Lies and revenge are the driving forces of this intelligent mystery. Neuhaus manages a large cast of characters while skillfully executing plot twists. Newcomers to this series will have no problem jumping in with this book and will likely be interested in reading more.” —Library Journal