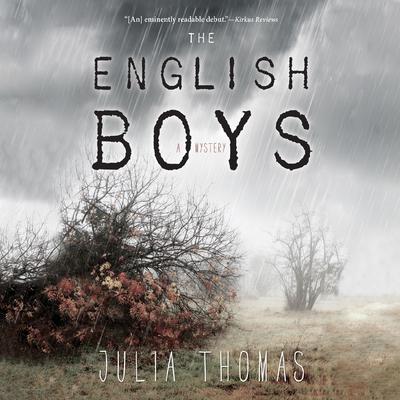 The English Boys: A Mystery

Dark and twisted secrets emerge in the wake of a deadly wedding.

Daniel Richardson and his best friend, Hugh Ashley-Hunt, both rising British actors, are in love with the same woman, the free-spirited Tamsyn Burke. Daniel reluctantly steps aside when Tamsyn decides to marry Hugh, but right before the wedding ceremony, Tamsyn is murdered. Suspicion falls on the family, friends, and associates in attendance.

Motivated by both Hugh's grief and his own, Daniel joins forces with Tamsyn's younger sister, Carey, to find the killer. As he digs into Tamsyn's past, Daniel unearths secrets she was hiding, and begins to discover why someone wanted her silenced forever.