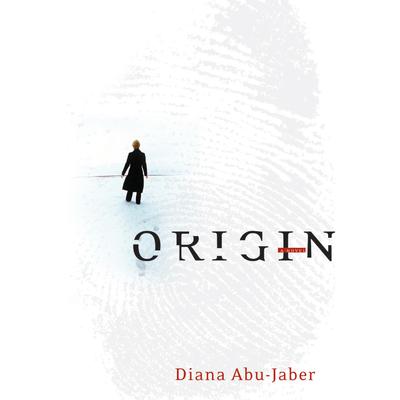 Lena is a fingerprint expert at a crime lab in the small city of Syracuse, New York, where winters are cold and deep. Suddenly, a series of crib deaths—indistinguishable from SIDS except for the fevered testimony of one distraught mother with connections in high places—draws the attention of the police and the national media and raises the possibility of the inconceivable: could there be a serial infant murderer on the loose?

Orphaned as a child, out of place as an adult, gifted with delicate and terrifying powers of intuition, Lena finds herself playing a critical role in the case. But then there is the mystery of her own childhood to solve. Could the improbable deaths of a half-dozen babies be somehow connected to her own improbable survival?

“Here’s a brilliant protagonist who can trust her intuition when she reaches the limits of her professional training.” —Chuck Palahniuk
“A superbly written and utterly compelling novel.” —Andre Dubus III, New York Times bestselling author
“Creepy fun…an original—just wonderful to read.” —Washington Post Book World
“A riveting new novel…told in compact and vigorous prose…Terrific. —Seattle Times
“Put Abu-Jaber among those who have not only embraced the mystery genre but have created expert novels in doing so.” —Fort Lauderdale (FL) Sun-Sentinel
“Finally, a novel of literary suspense that gets almost everything right—forensically and psychologically.” —Baltimore Sun
“[A] mystery of cold beauty and dark isolation, written with crystalline precision.” —Miami (FL) Herald
“[A] haunting story, icy cold in its upstate New York setting but glowing with the unusual brightness of its heroine.” —Eugene (OR) Weekly
“A departure for Abu-Jaber; a treat for readers.” —Amazon.com, editorial review
“[A] gripping contemporary thriller…Abu-Jaber’s lovely nuanced prose conveys the chill of an upstate New York winter as well as it does Lena’s drab existence before she was drawn into the mystery of the crib deaths…Enthralling.” —Publishers Weekly, starred review
“Poetic in tone and profound in its inquiry into the nature of memory and the self…An utterly magnetic story…Readers seeking gorgeously rendered fiction as well as intelligent and atmospheric mysteries will find Origin extraordinary.” —Booklist, starred review
“Weaving themes of identity and isolation into the briskly paced plot, Abu-Jaber has written a smart, edgy, and unnerving thriller.” —Bookmarks

Diana Abu-Jaber is the author of Origin, Crescent, The Language of Baklava, and Arabian Jazz. She has won the PEN Center USA Award for Literary Fiction, the Oregon Book Award, and other prizes. Her writing appears in the New York Times, the Washington Post, Slate, Ms., Gourmet, Salon, and Vogue, and she is frequently featured on National Public Radio. She lives in Coral Gables, Florida, and Portland, Oregon.