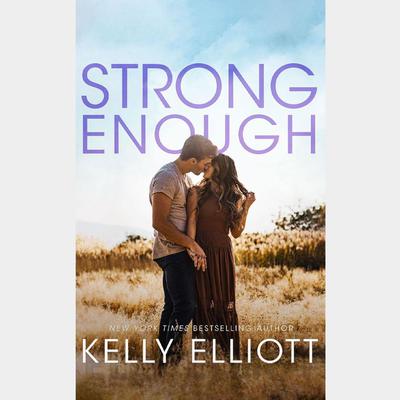 By Kelly Elliott
Read by Alexander Cendese  and Grace Grant

The Meet Me in Montana Series: Book 4

The fourth and final novel in New York Times best-selling author Kelly Elliott's Meet Me in Montana series fires up the passion in a story about forgiveness and finding your soul mate.

Dirk Littlewood had the world at his feet and a life he claimed to love. He was a world-champion bull rider with plenty of women to keep his nights busy and make his inner loneliness nothing but a delusion.

Dirk's life was exactly how he wanted it.

The moment Merit Eden showed back up in Hamilton, Montana, everything was turned upside down. Life changed immediately, and then tragedy struck.

The only thing left for Dirk to do was figure out how to not only forgive himself, but accept forgiveness from the only woman he had ever truly loved...if only he was strong enough to withstand the heartbreak.

Strong Enough is a stand-alone novel in the Meet Me in Montana series, but for a better experience the order is as follows:

Kelly Elliott is the author of several contemporary romance novels, including the Wanted series. She lives in Texas with her husband and daughter.