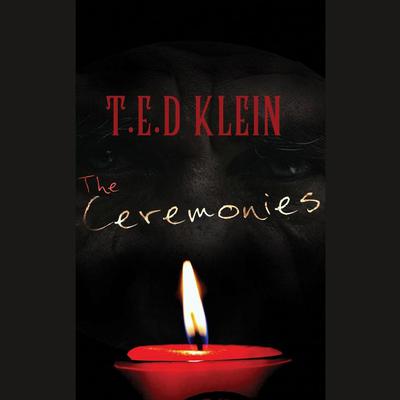 He stopped, looked back, and saw it: the monstrous black thing staring at him from the tree....

This summer sees the long-anticipated reissue of The Ceremonies, a celebrated masterpiece from a generation ago, now fully corrected by its author. Chalking up the British Fantasy Award for Best First Novel on its original publication back in 1984, The Ceremonies was hailed by Stephen King as the best horror novel since Peter Straub's Ghost Story. It is now included in Horror: 100 Best Books.

From the terrifying vision of its opening scene to the breathtaking horror of its climax, The Ceremonies turns our familiar world into a place of malevolent intrigue and ominous design. In the grip of an extraordinary writer, it plumbs the darkest underpinnings of ancient myth and folklore to reveal an undying evil.

For graduate student Jeremy Freirs, citified, cynical, yet prone to daydreams, summer is the time to shed a few pounds and finally get some reading done for a course on Gothic literature. He's picked just the right place: the small, secluded village of Gilead, New Jersey, only 90 minutes from Manhattan but, with its antique customs and clannish traditions, seemingly centuries away.

For farmers Sarr and Deborah Poroth, young members of Gilead's fundamentalist community, the summer threatens a conflict between their passionate natures and the stern dictates of their faith. For Sarr's widowed mother, gifted with second sight, it promises the frightful awakening she's dreaded all her life. And for aspiring dancer Carol Conklin, a naive country girl struggling to survive in the city, it brings not only the first blush of romance but a lucky job with a kindly looking old man known as Mr. Rosebottom.

But 'Rosie', as he calls himself, bears a more sinister name - the Old One - and a far more terrifying secret. Though the signs are all about them, he alone knows the invisible design that rules these people's lives as they dance unwittingly toward doom: for in the heat of summer an ancient corruption is stirring, an evil rooted not far from the Poroth farm, yet reaching to the city and beyond. The time has come for the Ceremonies, the monstrous rites that will unleash on a despised creation an age-old promise of apocalypse. And to see the scheme unfold, like some deadly flower, is to watch a nightmare come to life.