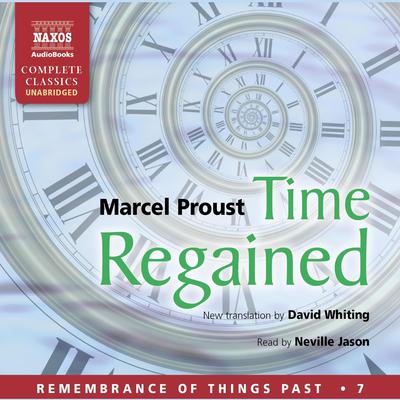 Remembrance of Things Past is one of the monuments of 20th-century literature. Neville Jason’s unabridged recording of the work runs to 150 hours. Time Regained is the final volume. Lost in the blacked-out streets of Paris during the First World War, Marcel stumbles into a brothel and accidentally witnesses a shocking scene involving the Baron de Charlus. Later, at a reception given by the Prince de Guermates, his meditations on the passage of time lead to his determination to embark on his life's work at last.

Marcel Proust (1871–1922) was a French novelist, essayist, and critic, best known as the author of Remembrance of Things Past, a monumental work of fiction published in seven parts from 1913 to 1927.