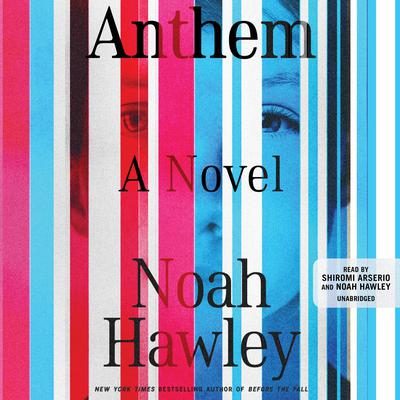 In the visionary new thriller from the New York Times bestselling author of Before the Fall, something has been happening to young people all over the world—and a devastated population bands together to discover the cause.

Suddenly and without precedent or explanation, something awful has been happening to teenagers across the globe, forcing parents to face a lonely future without their children. At the site of each loss, there lies a cryptic message, A11, which may be the clue to solving the crisis.

Judge Margot Nadir is surprised and honored to find herself the next Supreme Court nominee from a President who has reached across the aisle to nominate her. Just as the President is about to announce his decision, her daughter inexplicably vanishes. Judge Nadir fears her daughter has become a victim of the global crisis. Margot and her husband, Remy, find themselves confronting every parent's worst nightmare, just as the whole world begins to scrutinize every choice they've ever made, are making, or may make in a future, which seems all the more uncertain with every passing second.

At the end of the road lies an enemy with seemingly unlimited resources who is waging a secret war against the very notion of childhood—and the future itself.

“The author creates an all-too-plausible dystopia rendered believable through matter-of-fact prose. Hawley makes this sing by combining the social commentary of a Margaret Atwood novel with the horrors of a Stephen King book.'“ —Publishers Weekly (starred review)
“The apocalypse, it seems, is just around the corner. Yes, in Anthem, Hawley has written some of the most savage satire since Jonathan Swift, creating a ridiculous world in which only the young are viable. The plot-rich, cinematic story moves swiftly and compellingly, exciting reader interest and empathy. Anthem is truly an epic adventure." —Booklist (starred review)

Noah Hawley is the author of the New York Times bestseller Before the Fall. He is an Emmy, Golden Globe, PEN, Critics’ Choice, and Peabody Award–winning author, screenwriter, and producer. He has also published four other novels and penned the script for the feature film Lies and Alibis.