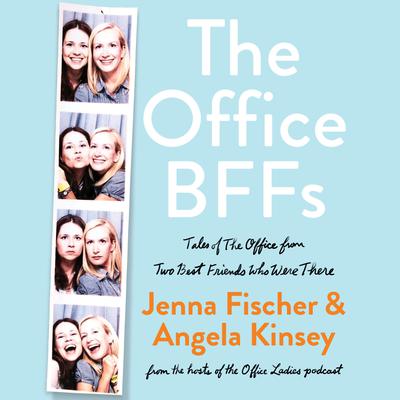 The Office BFFs: Tales of The Office from Two Best Friends Who Were There

An intimate, behind-the-scenes celebration of beloved The Office co-stars Jenna Fischer and Angela Kinsey’s friendship, and an insiders' view of Pam Beesly, Angela Martin, and the iconic TV show.

Receptionist Pam Beesly and accountant Angela Martin had very little in common when they toiled together at Scranton’s Dunder Mifflin Paper Company. But, in reality, the two bonded in their very first days on set and, over the nine seasons of the series’ run, built a friendship that transcended the show and continues to this day. Sharing everything from what it was like in the early days as the show struggled to gain traction, to walking their first red carpet—plus exclusive stories on the making of milestone episodes and how their lives changed when they became moms—The Office BFFs is full of the same warm and friendly tone Jenna and Angela have brought to their Office Ladies podcast.