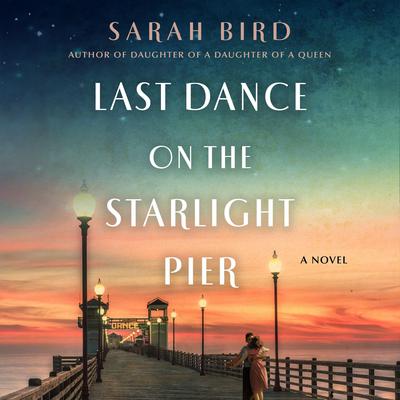 Last Dance on the Starlight Pier

Set during the Great Depression, Last Dance on the Starlight Pier is an unforgettable novel about one woman—and a nation—struggling to be reborn from the ashes.

July 3. 1932. Shivering and in shock, Evie Grace Devlin watches the Starlite Palace burn into the sea and wonders how she became a person who would cause a man to kill himself. She’d come to Galveston to escape a dark past in vaudeville and become a good person, a nurse. When that dream is cruelly thwarted, Evie is swept up into the alien world of dance marathons. All that she has been denied—a family, a purpose, even love—waits for her there in the place she dreads most: the spotlight.

Last Dance on the Starlight Pier is a sweeping novel that brings to spectacular life the enthralling worlds of both dance marathons and the family-run empire of vice that was Galveston in the Thirties. Unforgettable characters tell a story that is still deeply resonant today of America as it learns what Evie learns, that there truly isn’t anything this country can’t do when we do it together. That indomitable spirit powers a story that is a testament to the deep well of resilience in us all that allows us to not only survive the hardest of hard times, but to find joy, friends, and even family, in them.

“I was swept away by this nuanced portrait...Last Dance on the Starlight Pier is a reminder of our resilience.” —Janet Skeslien Charles, New York Times bestselling author