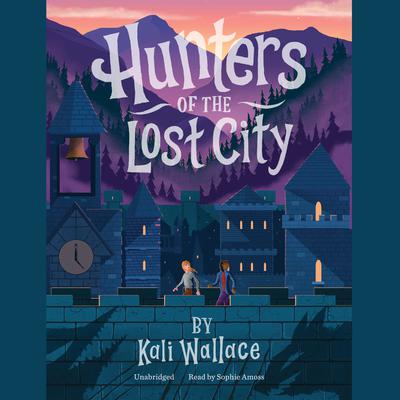 Hunters of the Lost City

A Children's Book Council Pick of the Month

An Imagination Soup Pick of the Month

A Nerd Daily Pick of Most Anticipated Upcoming Books

Packed with shocking twists, frightening monsters, and dark magic, this is a page-turning fantasy adventure for middle-grade fans of Holly Black and Tamora Pierce.

Twelve-year-old Octavia grew up believing the town of Vittoria was the only one left in the world. The sole survivors of a deadly magical war and plague, the people of Vittoria know there’s no one alive outside the town walls—except the terrible monsters that prowl the forest.

But then the impossible happens: Octavia meets another girl beyond the walls, someone who isn’t Vittorian. Everything she’s ever believed is thrown into question, and there’s no going back.

In her quest for the truth, Octavia discovers a world full of lies, monsters, and magic. She’ll have to use every scrap of her skill, wits, and courage to uncover what’s real about Vittoria and the rest of the world.

“This lovely fantasy introduces a complicated, brave, and believable heroine…This quiet fantasy gem…[is] an absolute delight.” —Kirkus Reviews (starred review)
“Narrator Sophie Amoss’s intimate intensity grabs listeners from the get-go and holds them throughout this story…Fear and suspicion are subtly woven into Amoss’s voice…[A] magical fantasy.” —AudioFile
“Takes readers on a fantastical adventure through a world of magic and monsters.” —Booklist
“Richly detailed magical lore, gripping action, and frightening fantastical creatures are grounded by well-rounded characters and the girls’ blossoming friendship.” —Publishers Weekly
“A rare look at a post-apocalyptic world for the middle-grade set…Octavia, kind, brave, and insatiably curious, is a compelling protagonist to lead the way toward a new world.” —Bulletin of the Center for Children’s Books
“Octavia is a heroine for the ages.” —Ronald L. Smith, author of Black Panther: The Young Prince

Kali Wallace is the author of science fiction, fantasy, and horror novels for adults, teens, and children, as well as a number of short stories and essays.