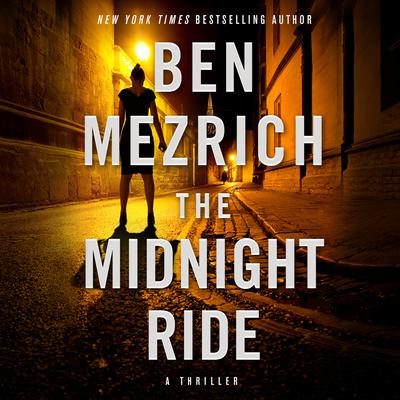 An MIT grad student unwittingly uncovers the hidden connection between the Gardner Museum heist and the most fascinating secret in American history.

Card shark. Hailey Gordon is looking to make some fast cash to help pay her tuition when she is caught counting cards at the Encore casino in Boston. She grabs her winnings and makes her escape. With guards closing in, she dives into an unlocked room to hide—only to find a dead body.

The ex-con. Recently released from prison, Nick Patterson hasn’t felt hope in a long time, but the job he “inherited” in prison promises to change that. He enters hotel room 633 to find that the person he was supposed to meet has been murdered. Next to the corpse stands a terrified young woman—Hailey Gordon.

The professor. American history professor Adrian Jensen learns of the death of his professional nemesis, Charles Walker, the night after he received Walker’s latest research. Skeptical at first, Jensen nearly deletes the file. But when one small, new detail catches his eye, he makes it his mission to uncover what could be one of the biggest secrets of the Revolutionary War.

All three strangers find themselves on the cusp of an incredible discovery—one that someone is willing to kill to keep buried.

“A plot to savor. Witty, smart, detailed, and highly entertaining. The Midnight Ride is exactly what you’d expect from a master storyteller.” —Steve Berry, New York Times bestselling author
“A fast ride, with casino hijinks, art heists, a college student looking for trouble, and a dangerous secret from the past. Talk about tense! Mezrich's book is fun with every twist and turn." —R. L. Stine, author of Fear Street

Ben Mezrich is the New York Times bestselling author of The Accidental Billionaires, adapted by Aaron Sorkin into the David Fincher film The Social Network, and Bringing Down the House, adapted into the #1 box office hit film 21), and several other bestselling nonfiction books. His books have sold over six million copies worldwide.