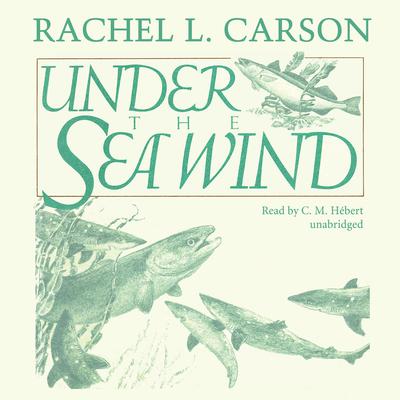 Under the Sea Wind: A Naturalist’s Picture of Ocean Life

The special mystery and beauty of the sea is the setting for Rachel Carson’s memorable portrait of the sea birds and sea creatures that inhabit the eastern coasts of North America. In a sequence of riveting adventures along the shore, within the open sea, and down in the twilight depths, Rachel Carson introduces us to the winds and currents of the ocean as revealed in the lives of Scomber the mackerel and Anguilla the eel. Life for them is a continuous miracle, a series of life-and-death victories played out among strange and often terrifying life forms far below the surface of the sea.

“Rachel Carson was one of the reasons why I became so conscious of the environment and so involved with environmental issues….Her picture hangs on my office wall among those of political leaders, presidents, and prime ministers. It has been there for years—and it belongs there. Carson has had as much or more an effect on me than any of them and perhaps all of them together.” —Al Gore, praise for the author
“Sets a high standard for nature writing.” —BirdNote.org
“Carson’s peaceful prose is masterfully read in Hébert’s velvet voice.”  —Booklist
“Carson knows the names of species, calls parts of animals by their correct names, and brings behaviors as vividly to life as would a video sequence….Hébert draws listeners into the natural world with accurately produced animal sounds and a clear sense of wonder.” —Kliatt
“Rachel Carson was a wondrous thing that happened to us in the twentieth century…She set a standard for nature writing for all time to come.” —Roger Caras, wildlife photographer, writer, and television personality