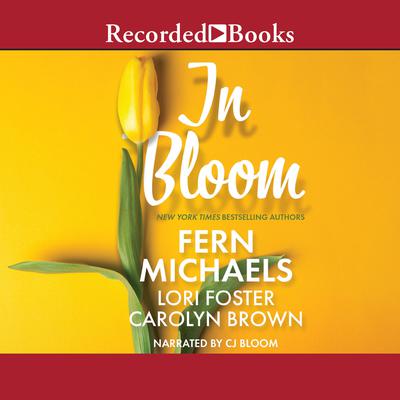 Just as flowers blossom in springtime, so do second chances and new beginnings in these heartwarming stories of family, homecoming, and love …

After years spent traveling the world as a flight attendant, Gracie Walden is ready to stay a little closer to her roots, starting with two weeks at home in Amarillo, Texas. But there’s unexpected turbulence between her mother, Ella, and her older sister, Hope—and it will lead to a revelation that changes Gracie’s life in amazing ways …

MEANT TO BE Lori Foster

When Cory Creed was just a little girl, she knew she’d grow up to marry Austin Winston—and she made the mistake of telling him so. Tired of watching him avoid her ever since, Cory has decided it’s time to leave Visitation, North Carolina, and Austin, behind. But Austin has finally realized what Cory was once so sure of, and now it’s his turn to prove they belong together … with a little help from their mothers.

Monica Allen still hasn’t forgiven Tyler Magee for breaking her heart when they were teenagers. Ten years on, they’re back in Luella, Texas, visiting their respective grandmothers. And there’s just a white picket fence and a whole lot of awkwardness between them. Will two weeks be long enough for Monica to learn to stop holding a grudge—and hold on to love?

Fern Michaels (a.k.a. Mary Ruth Kuczkir) is the USA Today and New York Times bestselling author of romance and thriller novels, including Hey, Good Looking; Pretty Woman; The Nosy Neighbor; The Real Deal; and many others. There are more than 110 million copies of her books in print.

Lori Foster is a New York Times, USA Today, and Publishers Weekly bestselling author. She is the author of A Perfect Storm, Bad Boys in Black Tie, Sinful, and many others. She received the Career Achievement Award from RT Book Reviews in 2001 and her books have been chosen as editors’ picks by Amazon multiple times. Foster is actively involved in charity work, and all of the author proceeds from her anthologies have gone to various organizations, such as the Animal Adoption Foundation, the Conductive Learning Center, and One Way Farm. She lives in Ohio with her high school sweetheart.

Carolyn Brown is the USA Today bestselling author of more than eighty books. She is a RITA finalist, and her books have been translated into eleven languages. She is the author of the cowboy romance series the Lucky Trilogy, the Honky Tonk series, and the Spikes & Spurs series. She has also written more than forty romances, which include several historical series as well as contemporary stand-alone romance novels.