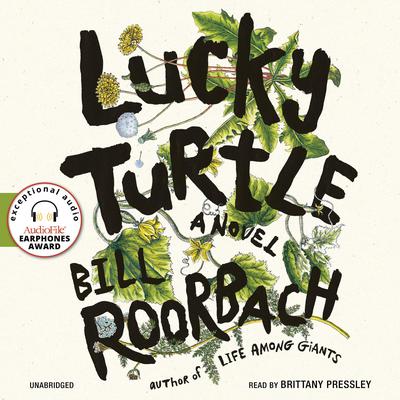 Bill Roorbach is back with an intensely immersive love story undone by the foolhardiness of youth and the ways in which race and class can dictate one’s life.

When Cindra Zoeller, 16, is sent to a reform camp in Montana, she is a young, privileged white girl who's evaded more severe punishment for her crime. Even at the camp, she gets special treatment, unlike the punishment so many other girls face. But what holds her interest is Lucky, a camp employee, quiet, efficient, mysterious in origin to all the girls. And the connection between them is mutual and strong; in ensuing days, they quickly become lovers. Together they run away and create an idyllic life, making a home off the grid in the mountains, living off of Lucky’s vast knowledge of the wilderness. But who is Lucky, really, and why won't he talk about his past? And is her love of him predicated on that assumption of his heritage, or is it based on who Lucky really is? When the couple is found by the authorities, their fates diverge, with Lucky ending up imprisoned and Cindra, again, rescued by her white skin, her blonde hair. For Cindra, there will never be another Lucky, and she's devastated when she hears that he doesn't make it out of prison alive.

But twenty years later, she learns that Lucky's fate is not as she was told, that he's still alive. And if so, she will find him, the one man she's ever trusted fully.

Surprising, perceptive, and deeply engrossing, this is the love story of Cindra and Lucky, but also the story of how skin color so often determines one’s fate.

Two great love affairs—one between characters, the other with the wilds of Montana as its original inhabitants knew it—surge through this engaging, audacious novel. Every page hums with life and energy.”—Andrea Barrett, author of The Voyage of the Narwhal and Archangel —

Bill Roorbach is the author of several books of fiction and nonfiction, including the Flannery O’Connor Prize and O. Henry Prize winner Big Bend, Into Woods, and Temple Stream. The tenth anniversary edition of his craft book, Writing Life Stories, is used in writing programs around the world. His work has been published in Harper’s, Atlantic Monthly, Playboy, the New York Times Magazine, Granta, and dozens of other magazines and journals.