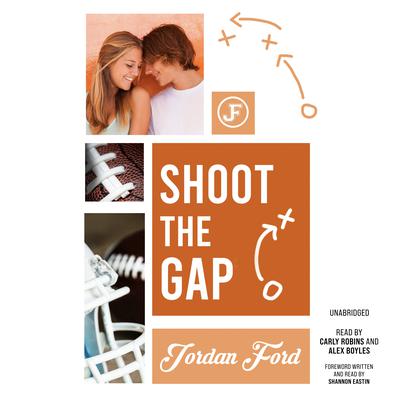 She’s a tomboy with a crush. He’s her best friend with a secret. Will either of them have the guts to admit they’re falling for each other?

Tyler has always been known as Nelson High’s goofy clown, the guy with the big mouth. But there’s something people don’t know: he’s tired of being in the shadows of his Raiders’ buddies, and he’s ready to do whatever it takes to get the most popular girl in school to notice him: Roxanne Carmichael.

Sammy is just one of the guys, known for her mad boarding skills and her razor-sharp wit. But she has a secret, too—a crush on her best friend. It’s a relationship she’s not willing to risk damaging by getting all romantic about it.

When Tyler asks for Sammy’s help, she’s stoked to be able to spend a little one-on-one time with him. Their secret mission will bring them closer together … until she realizes what he’s really after—her sister, Roxanne. Tired of being in the shadows herself, Sammy sets out on a mission of her own: to prove that she’s the Carmichael girl Tyler really wants. But the secrets and lies she discovers as she embarks on her quest could tear her relationship with Tyler to shreds, and Sammy must decide which lies are worth exposing and how much damage the truth will cause.

Jordan Ford is a teen and young adult romance author. She loves to write romance novels filled with angst, mystery, danger, and first love. If you’re looking for heartfelt romance, loyal friendships, thrilling drama, and characters you can fall in love with, then you’re in the right place.