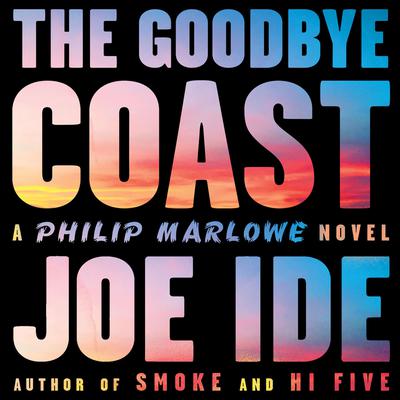 Raymond Chandler's iconic detective, Philip Marlowe, gets a dramatic and colorful reinvention at the hands of award-winning novelist Joe Ide

The seductive and relentless figure of Raymond Chandler’s detective, Philip Marlowe, is vividly re-imagined in present-day Los Angeles. Here is a city of scheming Malibu actresses, ruthless gang members, virulent inequality, and washed-out police. Acclaimed and award-winning novelist Joe Ide imagines a Marlowe very much of our time: he’s a quiet, lonely, and remarkably capable and confident private detective, though he lives beneath the shadow of his father, a once-decorated LAPD homicide detective, famous throughout the city, who’s given in to drink after the death of Marlowe’s mother.

Marlowe, against his better judgement, accepts two missing person cases, the first a daughter of a faded, tyrannical Hollywood starlet, and the second, a British child stolen from his mother by his father. At the center of The Goodbye Coast is Marlowe’s troubled and confounding relationship with his father, a son who despises yet respects his dad, and a dad who’s unable to hide his bitter disappointment with his grown boy.

Steeped in the richly detailed ethnic neighborhoods of modern LA, Ide’s The Goodbye Coast is a bold recreation that is viciously funny, ingeniously plotted, and surprisingly tender.

“How the hell do you write a mystery about Philip Marlowe, set it in Los Angeles, and still make it a total gobsmacking original? That’s the miracle of Joe Ide’s The Goodbye Coast. Ide has created a Philip Marlowe for the 2020s. And an L.A. that he clearly loves and hates.” —James Patterson

Joe Ide is the author of several books, including IQ, his debut novel, which won the Anthony, Macavity, and Shamus awards. In 2019, CrimeReads magazine named him one of the decade’s “Rising Stars of Crime Fiction.” He grew up in south central Los Angeles, where his favorite books were the Conan Doyle Sherlock Holmes stories. He held a variety of different jobs, including Hollywood screenwriter, before writing IQ.