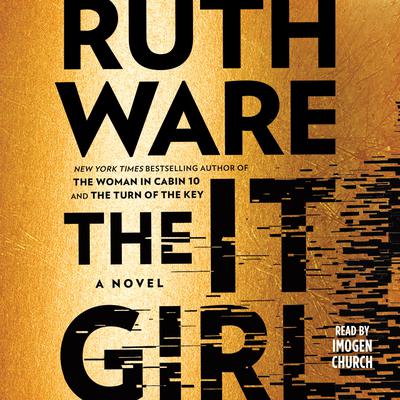 The New York Times bestselling author of the spine-tingler One by One returns with a mystery following a woman on the search for answers a decade after her friend’s murder.

“The Agatha Christie of our generation” (David Baldacci, #1 New York Times bestselling author) proves once again that she is “as ingenious and indefatigable as the Queen of Crime” (Washington Post) with this propulsive murder mystery that will keep you on the edge of your seat.

“So many flawed friendships, so many promising red herrings…The pages just turn themselves.” —People
“Ware develops both the reader’s doubts about and concern for Hannah as the suspense builds gradually under a masterful barrage of red herrings…Riveting.”  —Booklist (starred review)
“This exceptional psychological thriller from Ware probes how much one can trust others—and one’s self…Alternating past and present chapters build toward a gripping denouement as nicely chosen details bring each character vividly to life.” —Publishers Weekly (starred review)
“A heady, tense, slow-burn dream of a book, multilayered and steeped in atmosphere and peril.” —Lisa Jewell, New York Times bestselling author

Ruth Ware is the author of that mysteries and crime thrillers, any of which have made the New York Times and Toronto Globe and Mail’s bestsellers list. One by One was shortlisted for the CWA Ian Fleming Steel Dagger Award and was named a best book of the year by the The Observer (London) and Barnes&Noble.com. Visit her at RuthWare.com or follow her on Twitter @RuthWareWriter.