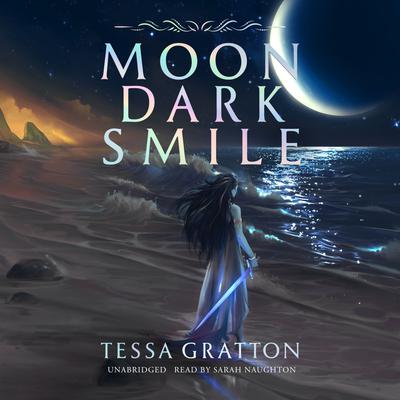 The fate of an Empire lies with a headstrong Heir and a restless demon in this lush YA fantasy for fans of Laini Taylor and Girl, Serpent, Thorn.

Ever since she was a girl, Raliel Dark-Smile’s best friend has been the great demon that lives in the palace. As the daughter of the Emperor, Raliel appears cold and distant to those around her, but what no one understands is that she and the great demon, Moon, have a close and unbreakable bond and are together at all times. Moon is bound to the Emperor and his two consorts, Raliel’s parents, and when Raliel comes of age, she will be bound to Moon as well, constrained to live in the Palace for the rest of her days.

Raliel is desperate to see the Empire Between Five Mountains, and she feels a deep kinship with Moon, who longs to break free of its bonds. When the time finally arrives for Raliel’s coming of age journey, she discovers a dangerous way to take Moon with her, even as she hides this truth from her travel companion, the beautiful, demon-kissed bodyguard Osian Redpop. But Osian is hiding secrets of his own, and when a plot surfaces that threatens the Empire, Raliel will have to decide who she can trust and what she’ll sacrifice for the power to protect all that she loves.

Tessa Gratton wanted to be a paleontologist or a wizard since she was seven. She was too impatient to hunt dinosaurs, but is still searching for someone to teach her magic. After traveling the world with her military family, she acquired a BA in gender studies and went graduate school, but halfway through ditched the program to focus on writing fiction. She doesn’t have a master’s degree, but did translate her own version of Beowulf. She lives in Kansas with her partner.